The twelfth lecture of the "Savantas Liberal Arts Academy Public Policy Study Programme Summer 2021" was held on 14 August. Ms Maria Tam, Deputy Director, HKSAR Basic Law Committee of the Standing Committee of the National People’s Congress, was the speaker. The lecture was titled “The Basic Law - Original Intent and Fundamental Principles”. Participants learned about the relationship between the People's Republic of China and the Hong Kong Special Administrative Region as well as the status of the Constitution and Basic Law.

Ms Tam first discussed with the participants the original intention of "One Country, Two Systems", quoting the preamble of the Basic Law and Mr Deng Xiaoping’s speech when meeting with the Drafting Committee on 16 April, 1987. She pointed out that the Central Government’s policy does not harm Hong Kong’s interests and hopes that Hong Kong will not endanger the interests of the country and Hong Kong. But if Hong Kong turns into a base against the Mainland under the guise of "democracy," then the central government will have to intervene. On 27 January, 2021, when Mrs Carrie Lam conducted annual reporting, President Xi Jinping said Hong Kong has to ensure the stability and long-term practice of "One Country, Two Systems" by adhering to the principle of "Patriots governing Hong Kong". Ms Tam then made an additional remark on “patriots governing Hong Kong” by quoting Mr Deng Xiaoping’s "One Country, Two Systems”, the criteria of patriots are to respect their own nation and sincerely support the motherland to resume the exercise of sovereignty over Hong Kong without jeopardizing the prosperity and stability of Hong Kong.

Ms Tam then talked about the principle of "One Country, Two Systems", including the relationship between the Constitution and the Basic Law (the Constitution is the basis for formulating the Hong Kong Basic Law), and the constitutional basis of the Special Administrative Region (SAR) is comprised of both the Constitution and the Basic Law (the Constitution and the Basic Law are the primary and secondary relationships), the relationship between the Central Government and the SAR (the Central Government authorizes, guides and supervises the Hong Kong SAR), how does the Central Government manifest its sovereignty over Hong Kong (the Central Government is the leader of HKSAR’s administrative power, legislative power, judicial power, and the diplomacy and defense are all managed by the Central Government). She also mentioned that "a high degree of autonomy" is not self-government or independence.  It is, when compared with other cities and administrative regions in China (except Macao) and foreign states or provinces in the federal system, Hong Kong has the right to handle a wider scope of affairs. Ms Tam reminded that rights and obligations of permanent residents/Hong Kong residents are on condition that the exercise of their rights of freedom must be within the scope of the law, violations of the law cannot be "justified”, and the aspiration cannot be an excuse for unlawfulness. At the end, she mentioned the national "14th Five-Year Plan" and "15th Five-Year Plan" foresight, encouraging everyone to integrate into the overall situation of national development, and hoped that Hong Kong can continue to become the southern gate of China. 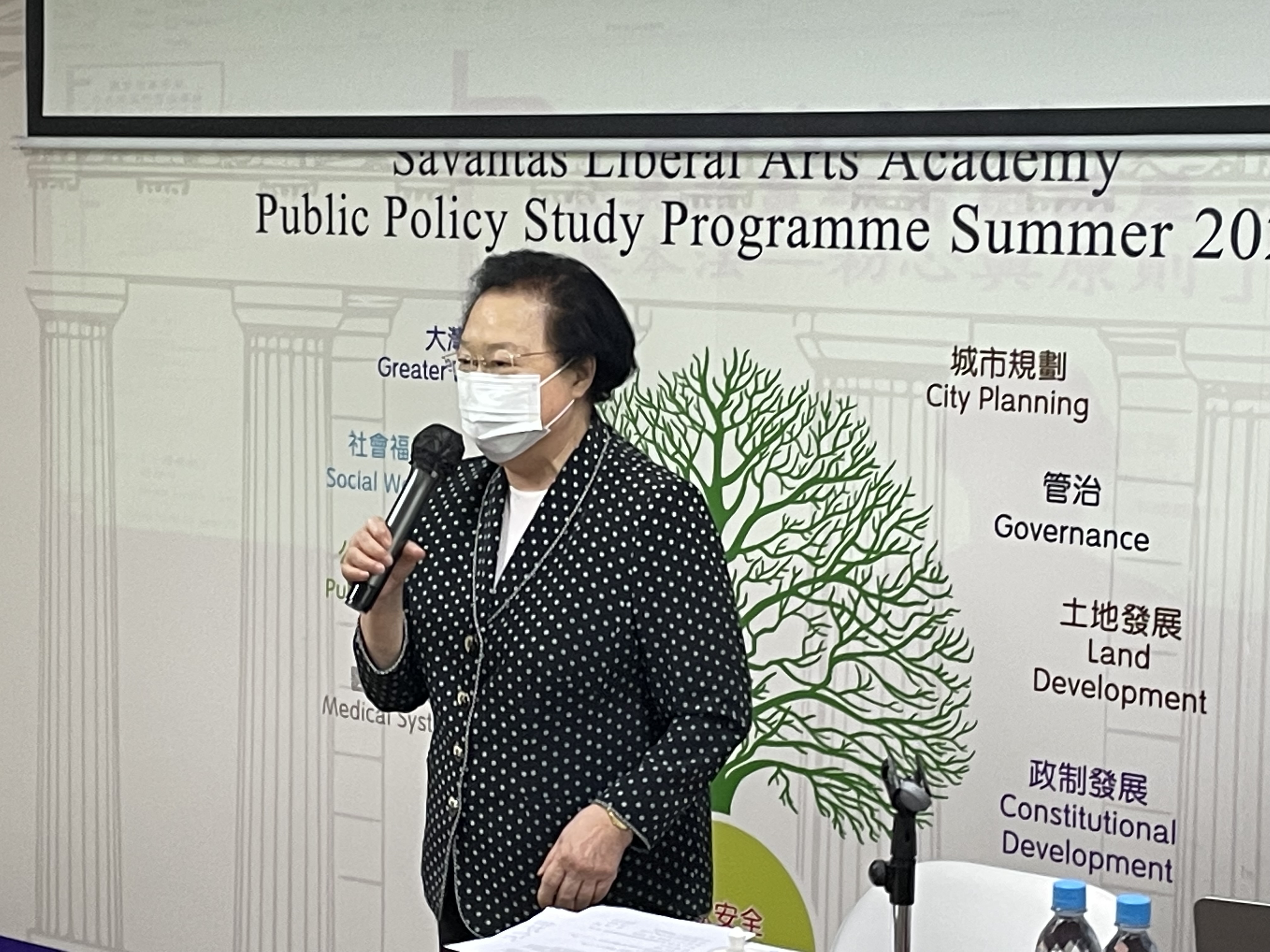 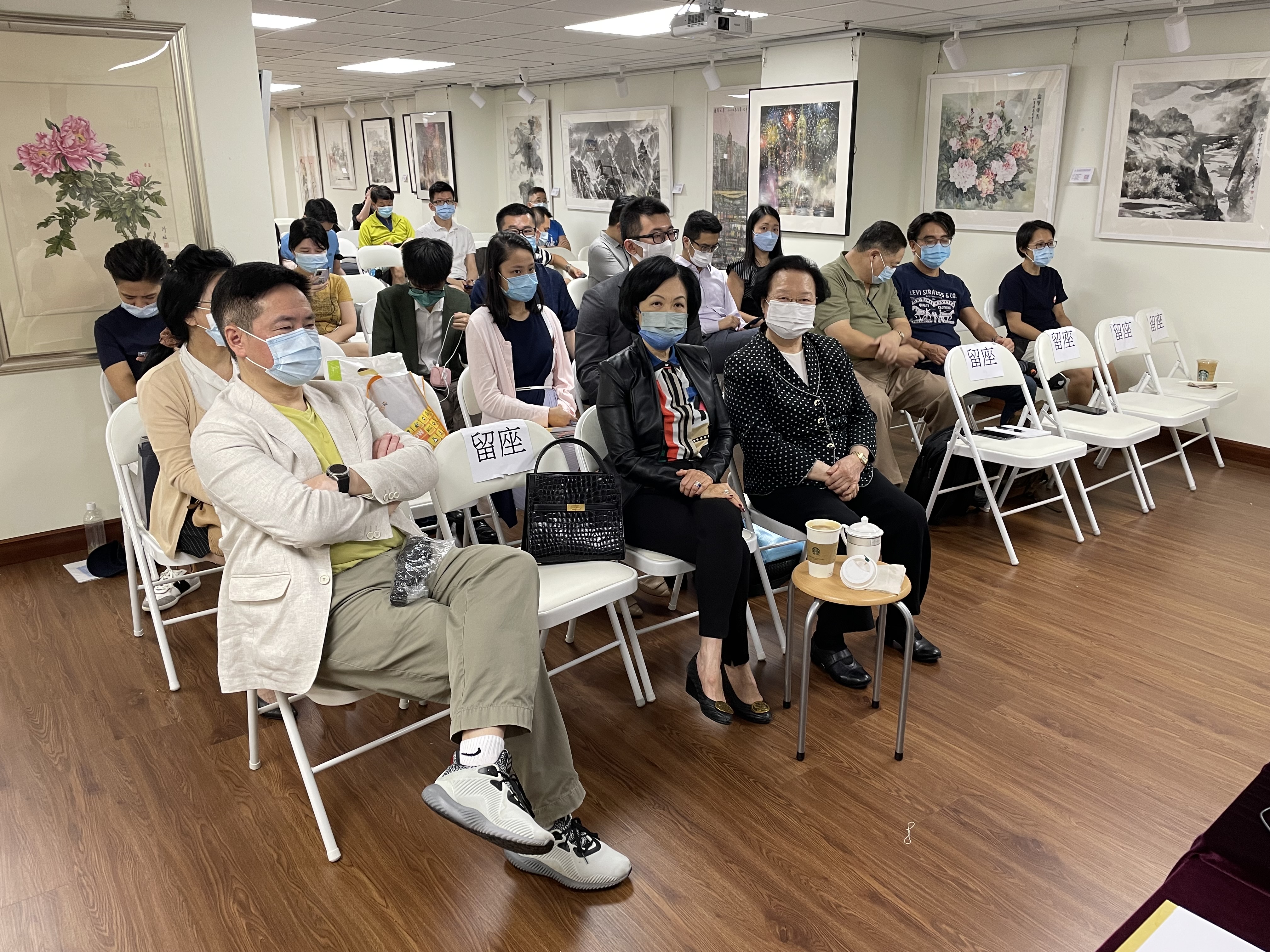